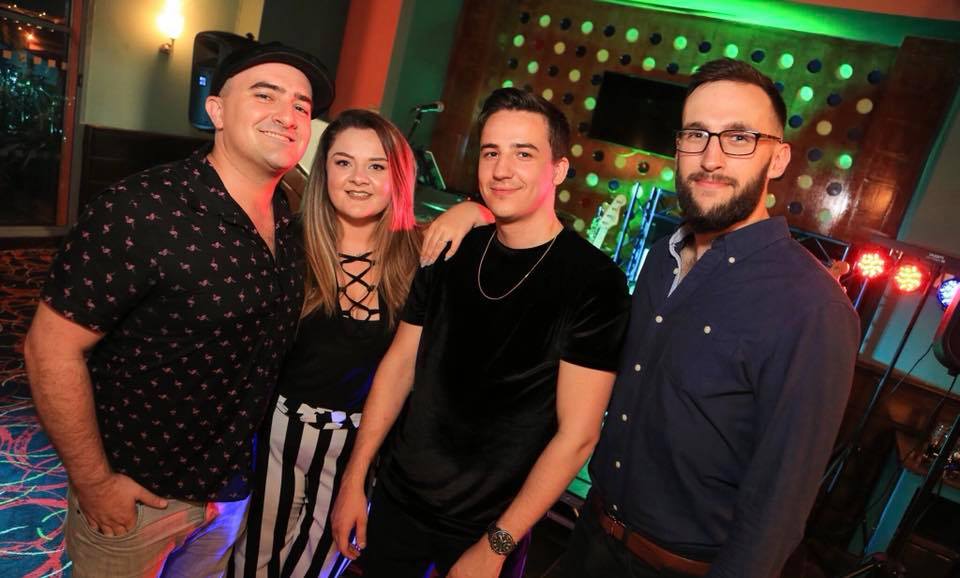 We are Frisco Jaxx, a 4 piece Pop, Rock, Funk and Soul function band based in Berkshire. In October 2017, Kenton Martin (guitarist) and Jessica Martin (vocalist), who have previously performed as an acoustic duo on luxury cruise liners internationally, finally decided it was time to create something a little bit bigger and a whole lot louder.

Jess reached out to some old friends from the Reading music scene, Chris Dodd and Elliot Wilkins. Chris has been playing bass amongst a number of exciting projects throughout his career, including writing his own original music and performing in several bands in the local area. Elliot has been playing the drums for 9 years, as well as several other instruments and has been supporting local artists with professional recording and production needs, straight from his own home studio.

The four arranged their first rehearsal in November 2017 and have been busy working on a weekly basis ever since in their home town of Reading and surrounding areas. As well as bringing a wealth of live and studio experience to your event, the band’s repertoire is made up of a mixture of genres from 50’s to present day, accentuated with their modern spin on those well known classic songs. With heavy influences of funk and classic rock, you can be sure to hear those much-loved favourite tunes, played in a way that you’d least expect.

Our repertoire is built to have something for all and covers the last 50 years of popular music. So if Brenda wants to hear Bon Jovi but Ben wants to hear Black Eyed Peas, with Frisco, you’ll get to see them both killing it on the dance floor!

As a family of elite musicians, the members of Frisco Jaxx have played stages of all levels all over the world. By choosing us you’re elevating your event with years of international experience and professionalism, ensuring it not only feels great, but sounds great.

“Frisco Jaxx played at our owners’ event, they had the room rocking!… Professional and a good laugh on and off stage…”

"I haven't got enough words... Honestly, everyone loved you guys, they all said "you're the best band we've had”

"Thank you for standing in at short notice to play at my daughter's wedding. You were brilliant and had the dance floor full all night!"

“Everyone I have spoken to said how good you guys were. I’m sure we will see you at our lodge again soon.”