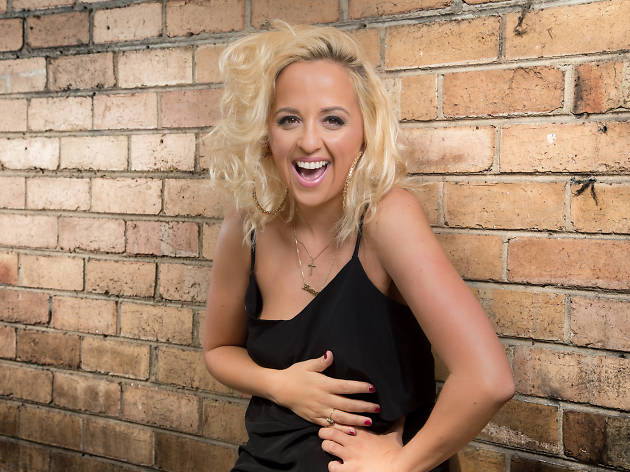 Luisa Omielan (born 7 September 1982) is a British comedian based in London. Born in Birmingham to parents of Polish descent, she is the middle of five children. Luisa lived in Farnborough, Hampshire where she went to St Patricks Catholic School and then onto a Catholic secondary school in Farnham called All Hallows. In 2005, she graduated from Salford University with a first-class BA Hons in Performing Arts.

In 2014, Omielan was invited to perform for ten nights as part of the Montreal Just for Laughs Festival. The show then continued to have a week run in the London West End at the Leicester Square Theatre. Omielan is known for her empowering ‘party’ atmosphere genre of comedy. Her follow-up show Am I Right Ladies?! has had a UK tour, received critical acclaim and five-star reviews. In July 2015, Omielan used crowdfunding website Indiegogo to self-fund a DVD recording of Am I Right Ladies?! at the Bloomsbury Theatre.

On 20 November 2014, she appeared on the 99th episode of The Comedian’s Comedian Podcast with Stuart Goldsmith.

In 2015, she toured Australia and performed as part of the Comedy Gala. A 4-minute clip where Omielan discuses the ‘Thigh Gap’ went viral and has since amassed over 30 million views on Facebook.

On 14 July 2016, Omielan’s book What Would Beyonce Do?! was published by Century.

In 2017 the BBC produced a TV version of her What Would Beyoncé Do?! show, shown as a special on Valentine’s Day on BBC Three, and later on BBC One.