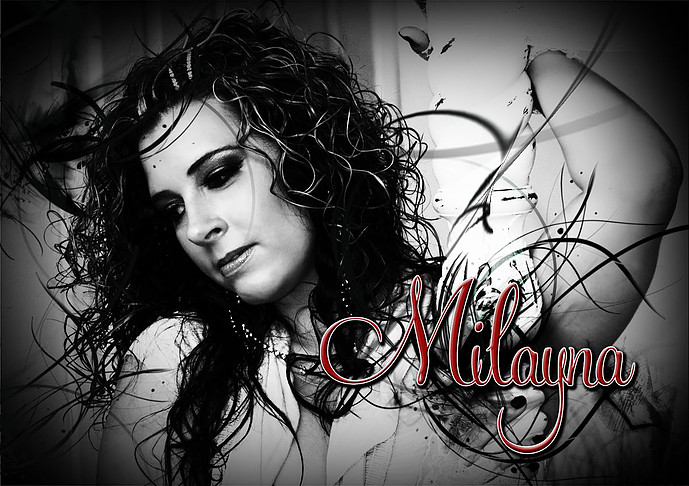 Milayna aka Melanie Cripps has been performing since the age of 3 and is an accomplished Singer/dancer having attended the North Herts College in Hitchin for Performing Arts and the Urdang Academy in Covent Garden London training in Ballet, Contemporary, Jazz, Hip hop, singing and acting. She attained a BTEC national diploma and a diploma in dance and musical theatre.

Milayna has been singing all her life but started seriously when she left dance school (The Urdang Academy in Covent Garden) and joined a girl band for 2 years where she lived in Walthamstow with the other 3 girls. The group were called the Steamy Knights or SK and performed at London Arena 11 times in connection with the London Knights ice hockey team and shared some performances with the group now known as ‘Fundamental’. They also performed in front of Sony representatives, at Planet Hollywood, Roads and Euros night clubs and also toured local schools. Later they shot their first music video First Night and recorded 3 songs along with routines by a top choreographer. Appeared in various newspapers including a cover of the East London Advertiser and featured on a local radio show.

One of their biggest achievements was a week of air play on radio 2 due to getting to the last 8 for the Eurovision Song contest (a surprise as they were entered into it unknowingly). The girls had vocal training from vocal coach Richard Williams who was also one of the 2 managers and grew to be her closest friend until he sadly passed away 3 years later and when the group unfortunately split she continued to train with him and further her career. She decided to pursue her original ambition to be a solo artist and began writing songs. Within 2 years she assembled a collection of 84! songs to her name. Some created using piano and guitar (which she had began taking lessons) but the rest unusually all derived from her minds creativity.