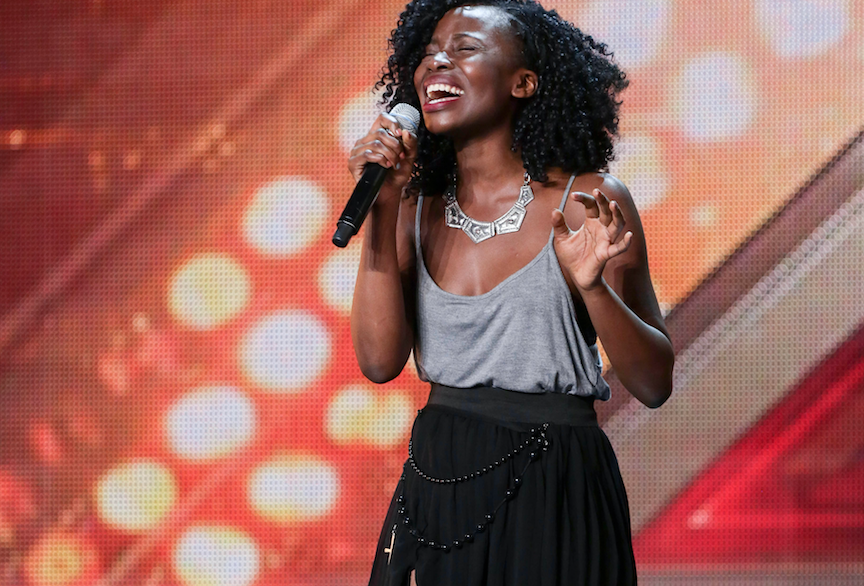 Like many vocalists, Sharon Rose found her voice in church choirs and on school stages at a very young age. But a voice is best used when it expresses the passion of the singer, and at 27, Sharon is brimming with a fiery passion for her music. In a national talent contest she was referred to as ‘a strong contender’ by Dan Wooton – Daily Mail, and pop royalty, Gary Barlow called her vocals ‘flawless’. When on stage, Rose and her 7-piece band, which she wittily calls ‘The Thorns’, put on a show that is a cocktail of energy, heart, poise and cool and it really does elevate and cultivate the spirits; quite a feat for a pop/soul artist.

It has been said of one of her performances that the ‘energy electrified the audience’ (Parris Oh- Music Blogger SB.TV). She has performed on reputable stages like Jazz Café (Camden) and The Islington Assembly Hall and in clubs including Club 10 and Embassy in Knightsbridge.

The young singer/songwriter recently opened up for American-based, chart-topping R’n’B colossus, Marsha Ambrosius which was followed by a furore of social media buzz calling her a revelation. She is currently performing every night at the Aldwych Theatre in the West End production of “Beautiful- The Carole King Musical” where she plays Little Eva. She also travels the world performing original material and pays homage to great divas such as Whitney Houston, Diana Ross and Tina Turner. With all this in her arsenal, Sharon Rose is definitely one to watch.