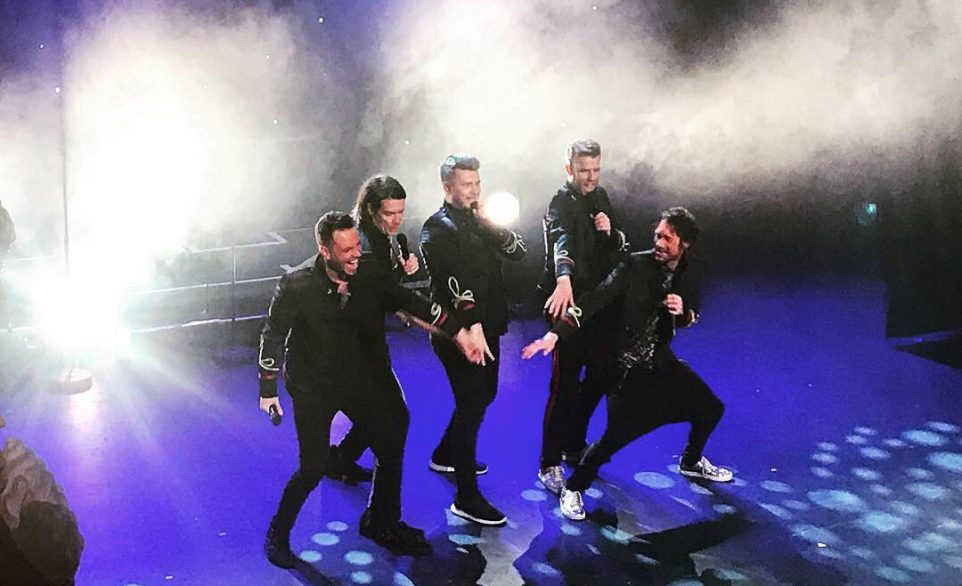 As Take That celebrate a record-breaking 25 years as the UK’s number one boy band, The Take That Tribute mark a decade together as the ultimate tribute act with their best show yet!

Wowing audiences everywhere they go with their amazing vocals, stunning costumes and electrifying dance routines, they continue to successfully recreate the magic of Take That.

The Take That Tribute brings you all the classic songs you know and love, from the 90’s through to the present, including smash hits ‘Pray’, ‘Relight My Fire’, ‘Patience’, ‘Shine’, and ‘These Days’.

The show also features the one and only ‘Robbie Williams’ who brings alive songs such as ‘Angels’, ‘Rock DJ’ and ‘Candy’ to an already explosive show!

The boys don’t just give you a night you’ll ‘never forget’… They give you the Take That Experience!

“I’ll ‘never forget’; the next best thing to the real thing!” Max Eden

“This is the best Take That show ever. These guys are very talented and look the part.” Louise Hellewell

“A brilliant night. Was good that Robbie did his own thing as well.” Susan Hall